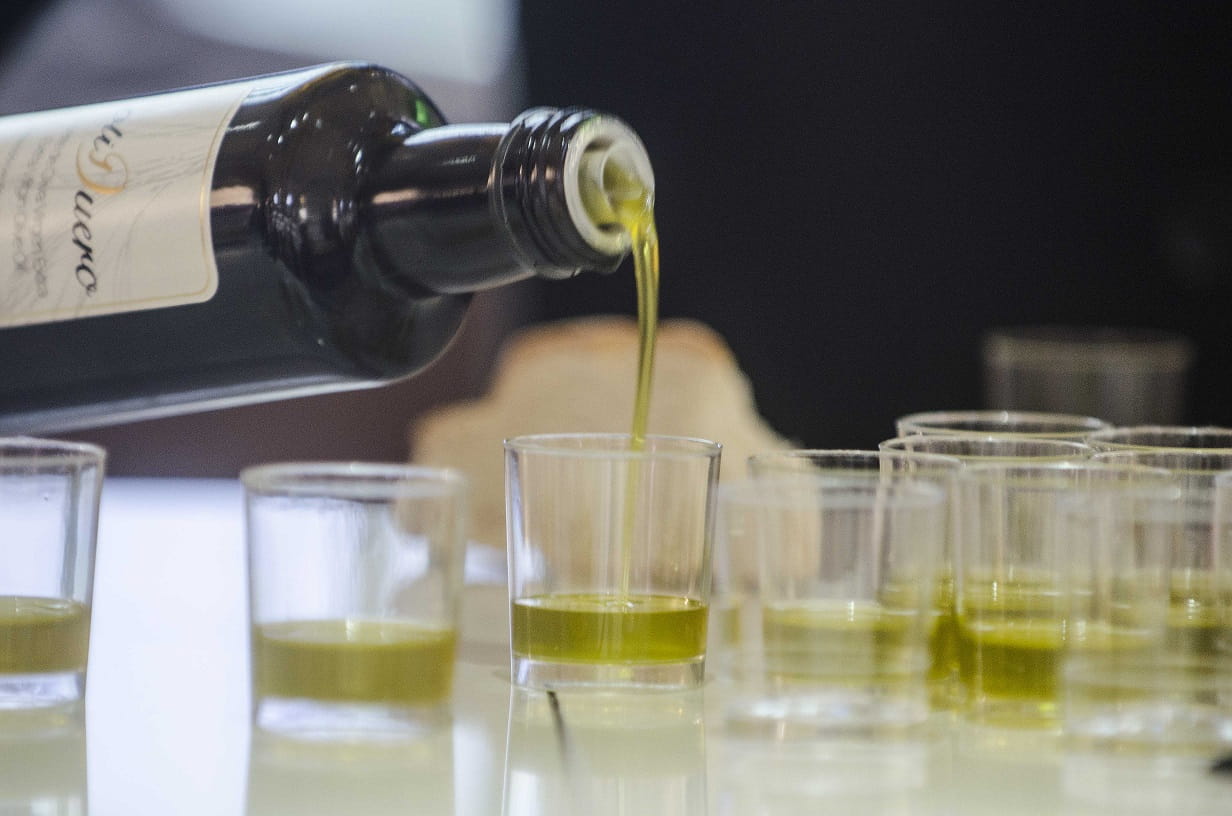 Oliduero Prestigio and Oliduero Secret Blend, made by the Valladolid-based brand Oliduero which is a part of Bodegas Familiares Matarromera, have both been awarded the Grand Prestige Gold award at the TerraOlivo International Olive Oil Competition. The company’s success in this year’s competition follows on from the recognition that it received last year with another of its reference products, Oliduero Ecológico, which was awarded a Prestige Gold award.

Both of the extra-virgin olive oils, Prestigio and Secret Blend, were awarded between 86 and 100 points by an international jury made up of prestigious tasters.

The cultivation system is super-intensive, allowing for a high level of plants per surface area and thus ensuring good yields. The harvesting process involves the use of machines which pick the olives directly from the tree, preventing possible damage that could occur to olives falling to the ground. The olives are immediately transported to the Oliduero olive oil press to be pressed while fresh, and the cold extraction process ensures that the intrinsic qualities of the olives are not lost.

The company owns 130 hectares used for the cultivation of olive trees in the provinces of Valladolid and Zamora. The company ventured into the production and sale of extra-virgin olive oil following a research project lasting several years which sought to investigate how different olive varieties adapted to the soil and weather conditions of Castile and León. Carlos Moro, the president of the Valladolid-based company, announced that “these olives are of optimum quality, and although we have to harvest them slightly earlier to avoid the risk of potential autumn frosts, the olives have a high polyphenol content, creating olive oils with excellent organoleptic qualities which make them simply exquisite”.

The Oliduero olive oil press, located in Medina del Campo in the immediate vicinity of Bodega Emina Rueda, was launched by Bodegas Familiares Matarromera in 2014. It was designed according to sustainability criteria and it uses a biomass cauldron to heat the facilities using the olive stones as fuel. The plant also has a photovoltaic installation and a closed water cycle.

Last season, Oliduero harvested over 160,000 kilos of olives which were used to create four reference products: Oliduero Prestigio, which is a coupage of Arbequina and Picual olives, Oliduero Ecológico, a single-variety Picual oil, Oliduero Cosecha Temprana, created using the Arbequina variety, and Oliduero Secret Blend, a coupage of Arbequina, Arbosana and Picual olives. All of Oliduero’s reference products have been granted at least one award in Spanish and international competitions. 70% of Oliduero’s sales are made in specialised stores, supermarkets, the Bodegas Familiares Matarromera stores and the online store wanawine.com. The other 30% of the company’s production is exported to countries such as the USA, Mexico, Germany and China.

The olive oil press is also an important resource for tourism, as it is open to those members of the general public who wish to learn more about the process of pressing olives, to see and experience an olive oil press, to sample extra virgin olive oils or to buy oils.

Bodega Emina Rueda is able to combine this experience with all of the other options offered by the winery, such as tastings, tasting courses, visits and more.